CHAPTER TWENTY-THREE: BACK ON BROADWAY…

A flamboyantly attired Jimi Hendrix is understandably the center of attention as he returns to Studio 76 on Broadway in New York. Curtis Knight, standing on the left, and PPX head Ed Chalpin could hardly believe their good fortune when Hendrix showed up at the studio not once but twice in the wake of Jimi’s groundbreaking appearance at the Monterey Pop Festival. (Package art from No Business: The PPX Sessions Volume 2)

Welcome to Chapter Twenty-Three of Modern Listener Guide: Jimi Hendrix, the next free supplement to the body of work found in the print and eBook editions of this title.

If you are short on time, this is the chapter for you – unlike the chapters found both in the pages of Modern Listener Guide: Jimi Hendrix and online here at no charge on the Modern Listener Publishing website, the focus of this effort will not be undergoing a highly detailed analysis. The reason? If you wanted to play Jimi Hendrix music to impress someone unfamiliar with his work, the newly released No Business: The PPX Sessions Volume 2 would be one of the last things you would ever turn to.

Credited as a recording by Curtis Knight & The Squires, this is the second such release billed in that manner, coming on the heels of 2015’s You Can’t Use My Name: The RSVP/PPX Sessions. Oddly, that release came in Digipak packaging; No Business: The PPX Sessions Volume 2 reverts to the use of a traditional jewel case. 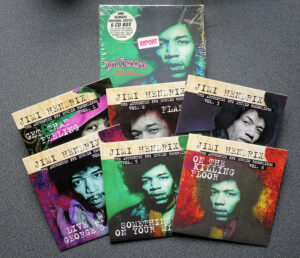 Just one of the countless unofficial releases from the PPX era, titles that emerged before Experience Hendrix took control and attempted to make sense of the source recordings. This box set packaging claims to be “complete” while the individual CD packaging settles for “authentic.” (Modern Listener Archives)

Why there are even any PPX sessions to discuss is revealed in one of the sadder tales of Jimi Hendrix’s career, when the young guitarist became ensnared in a web woven by the head of a small New York-based record label, Ed Chalpin.

For an in-depth analysis of the quagmire created by Chalpin – and the avalanche of shady record releases that followed – please refer to Modern Listener Guide: Jimi Hendrix. For context here, I offer the quick PPX recap that follows:

In 1965, Jimi, recently off the road and drifting through a realm of New York musicians that included friends like drummer Jimmy Mayes and sax player Lonnie Youngblood, crossed paths with rhythm guitarist and band leader Curtis Knight. Knight, who had an open featured-guitarist slot in his band The Squires, assessed Hendrix’s talent and offered him the job. When Knight took his new guitarist into the studio to record tracks for PPX Enterprises, the small record label’s boss – and session producer – Ed Chalpin presented Hendrix with a contract. Jimi – probably correctly – came to the conclusion that he would not be paid unless he signed the contract. Pen met paper, an action that led to seemingly endless legal upheaval once Hendrix rose to stardom. Incredibly, two years later Hendrix played on more sessions with Knight and Chalpin after beginning his ascent to stardom in 1967, though Jimi likely did so as a goodwill gesture in the hopes Chalpin would not enforce the old contract he’d signed back in 1965. Hendrix’s hopes were soon dashed, and Chalpin proceeded to release over the decades a continual rehash of his tapes “featuring” Hendrix, the music often edited or otherwise mutated. Finally, in 2015, Experience Hendrix obtained control of the master tapes and set about the task of curating them as properly as is possible.

All of the PPX material was recorded at Studio 76, a small facility located at 1650 Broadway near 51st Street in New York. 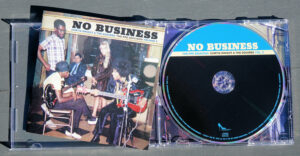 No Business: The PPX Sessions Volume 2 kicks off with ten studio session tracks largely extracted from the two summer 1967 sessions, when Jimi surprised everyone in the Chalpin orbit by turning up unexpectedly at Studio 76 and agreeing to be recorded. In addition to those six recordings from 1967, four session tracks are based on 1965 and 1966 recordings, being an alternate take of “How Would You Feel,” a version of “Hornet’s Nest,” “I Need You Every Day, and “Suey,” which before being released into the market of 1966 had overdubbed vocals added by Hollywood starlet Jayne Mansfield. The latter two songs were released by Experience Hendrix as a 45rpm single from Sundazed Music back in 2018. 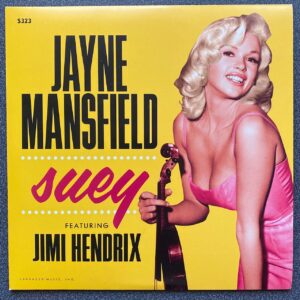 Experience Hendrix and Sundazed Music collaborated to press a vinyl single in 2018 containing two of the songs heard on “No Business: The PPX Recordings Volume 2.” (Modern Listen Archives)

Of particular interest in these ten tracks is “No Business,” the title track of this set and a skeletal take of a wry song that Jimi polished more fully in a session recorded in May 1967 at Olympic Studios in London. Under the title “Taking Care of No Business,” the Olympic recording finally was released on the 2000 box set The Jimi Hendrix Experience as well as on the set’s slightly expanded reissue in 2013.

While “No Business” is mostly notable for the humorous stance of its lyrics, “Hush Now” provides some actual musical fireworks, coming in the form of nearly seven minutes of instrumental elements presented with Curtis Knight’s overdubbed vocal track – added later without Jimi’s presence in the studio – having been eliminated. Many of the approaches Hendrix airs out in this loose performance would soon be found inhabiting the Jimi Hendrix Experience’s renditions of Hansson and Karlsson’s “Tax Free,” a song that frequently served as a warm-up opening number for Hendrix’s trio in 1968 and 1969.

Hendrix is also heard at length in “Love, Love,” which has also been returned to its original instrumental format. It’s provides an even longer platform for Jimi to stretch out musically, the guitarist deploying a wah-wah pedal throughout to heavily flavor his explorations.

Those two long tracks are surely the highlight of the first half of No Business: The PPX Sessions Volume 2. Aside from them, the remaining songs are generally inoffensive R&B characteristic of the era in which they were recorded. Knight is revealed as a not-particularly-brilliant songwriter, one who crafted elemental lyrics like the laments of “Gloomy Monday” in which Knight reveals he’s looking forward to the next arrival of the weekend because “that’s when I have so much fun.” And if songs like that, “Hornet’s Nest,” and “Hou Would You Feel” are eerily familiar, it’s because they appeared in alternate audio guises on You Can’t Use My Name: The RSVP/PPX Sessions, the first collection of material from this era. 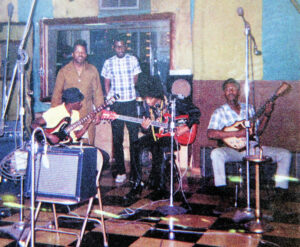 A flamboyantly attired Jimi Hendrix is understandably the center of attention as he returns to Studio 76 on Broadway in New York. Curtis Knight, standing on the left, and PPX head Ed Chalpin could hardly believe their good fortune when Hendrix showed up at the studio not once but twice in the wake of Jimi’s groundbreaking appearance at the Monterey Pop Festival. (Package art from “No Business: The PPX Sessions Volume 2”)

This opening collection of full studio sessions is followed by nine demo recordings, recorded almost two years before the other ten tracks (who needs chronology?).

Of greatest interest among these demos is “Working All Day,” if only for the appearance of Jimi’s singing voice on a track that wouldn’t sound out of place on Hendrix’s Drake Hotel song-sketch recordings from early in 1968.

Aside from that, what you’re stuck listening to is Curtis Knight laboring his way through some new material, Jimi’s somewhat inconsequential presence notwithstanding.

While 2015’s You Can’t Use My Name: The RSVP/PPX Sessions was issued on the high-profile Legacy label, No Business: The PPX Sessions Volume 2 seems more at home on the “official bootleg” Experience Hendrix outlet Dagger Records. In fact, I’d be curious to know the sales figures of the initial volume, as I can’t imagine there was tremendous public interest in what is essentially a niche market release. That likely explains why this collection has emerged on Dagger, as did the Live at George’s Club 20 compilation of on-stage recordings from this same period of time released in 2017 and credited to “Curtis Knight featuring Jimi Hendrix.” Those earlier releases, of course, are both covered in detail in the pages of Modern Listener Guide: Jimi Hendrix.

So let’s give credit where it’s due: applause to Experience Hendrix for releasing this material, even the alternate takes of songs that weren’t particularly jaw dropping when they had reached their final creative incarnation. And yet, one has to think that lurking within the Jimi Hendrix archives is material far more worthy of preparation for commercial release.

And speaking commercial releases, this 19-track CD release is not the end-all, be-all of No Business: The PPX Sessions Volume 2. In late November 2020, Experience Hendrix will release a special vinyl edition to commemorate Record Store Day. This pressing will only contain 12 of the tracks. As these recordings are far from audiophile source material to start with, the only reason I can imagine anyone seeking out this vinyl variation is for novelty’s sake. By the way, the vinyl will be pressed in an appropriately lackluster color: brown.

In the end, it’s not that No Business: The PPX Sessions Volume 2 contains music that is painful to listen to, or does nothing more than induce boredom. Rather, it’s nothing more than Jimi in his formative era or in informal sessions, sessions the young guitarist never imagined would ever reach the ears of the world. As such, this new release is merely interesting, not essential.

To be perfectly honest, even though my completist nature is fulfilled by having No Business: The PPX Sessions Volume 2 on the shelves, I doubt I’ll ever play this particular Jimi Hendrix release more than a handful of times in the future. The odds are you may very well reach the same conclusion.

Great news, though: in a matter of days we should have a far more intriguing Jimi Hendrix release to delve into. This impending Experience Hendrix package focuses on Jimi’s trip to Maui, Hawaii in the summer of 1970, and the two fascinating open-air sets he played with Mitch Mitchell and Billy Cox. That means Chapter Twenty-Four is on the near event horizon, so I’ll see you again soon! Until then, stay well and safe… 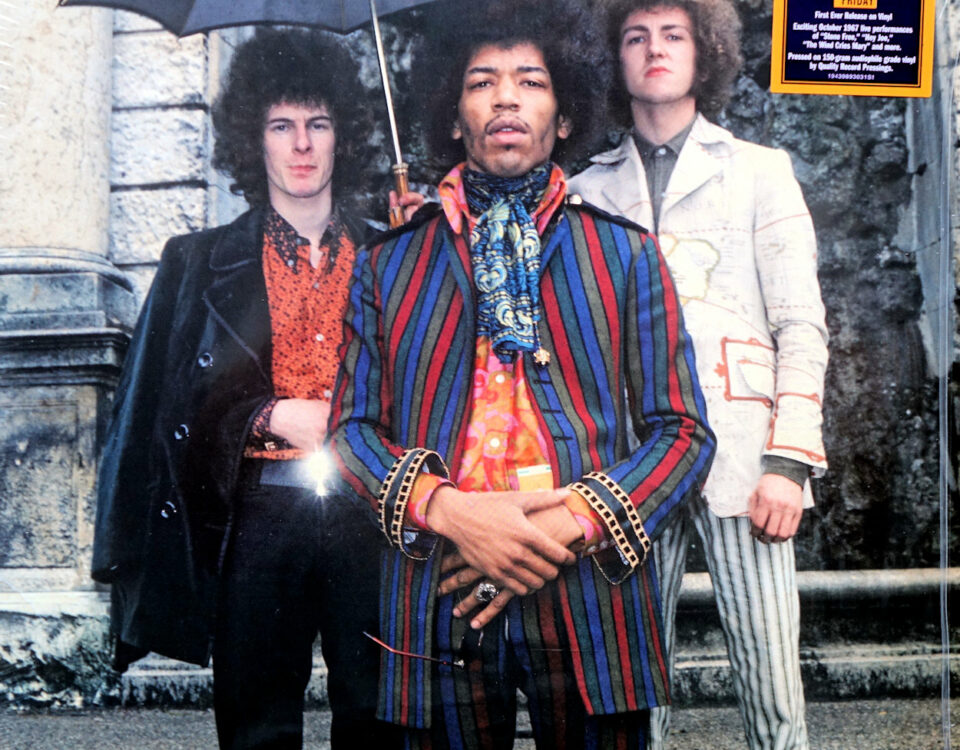 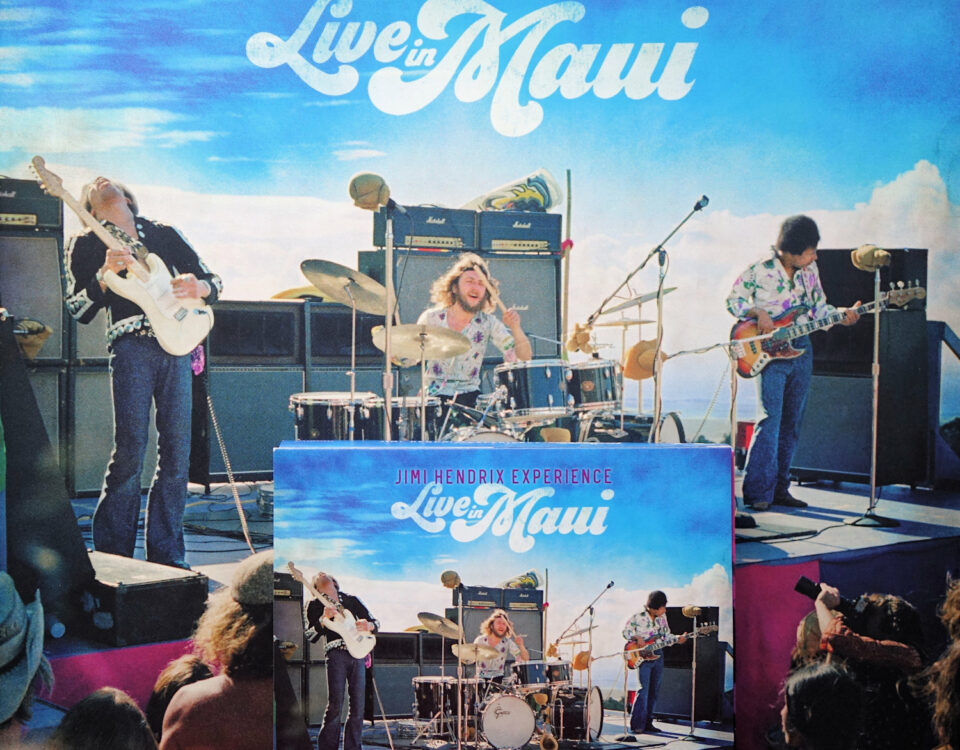 The CD and LP editions of Live in Maui both share the same colorful imagery, although a close look at the cover photograph reveals Jimi’s amplification has been reduced by one-half a speaker cabinet and one Marshall amp head via an airbrush effect. 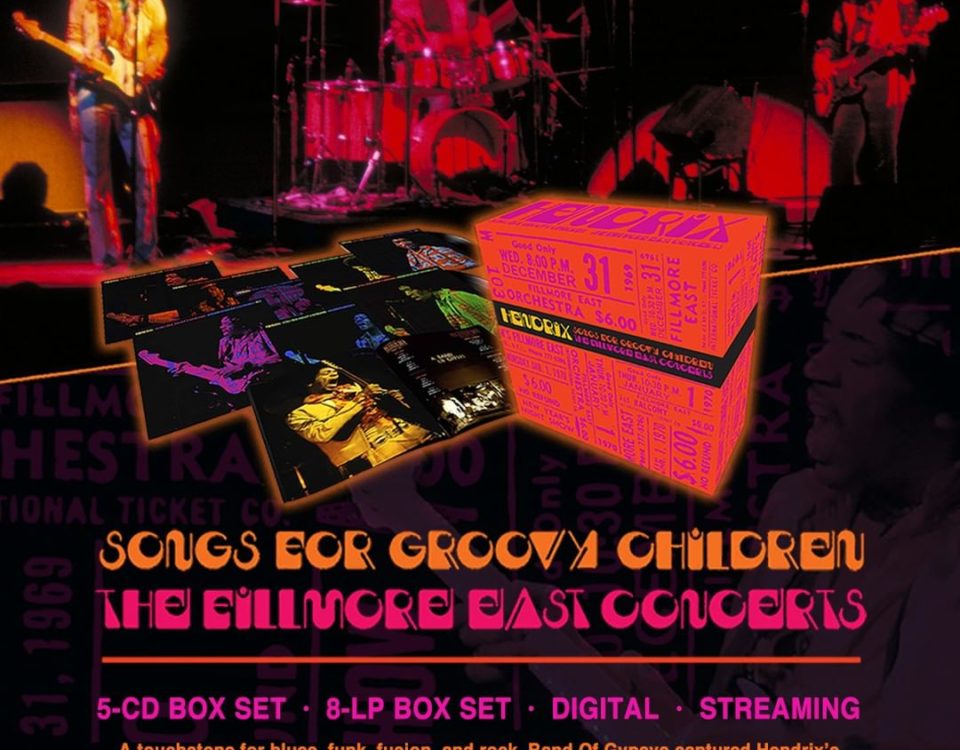 Attractive and effective advertising characterized the release of Songs for Groovy Children.