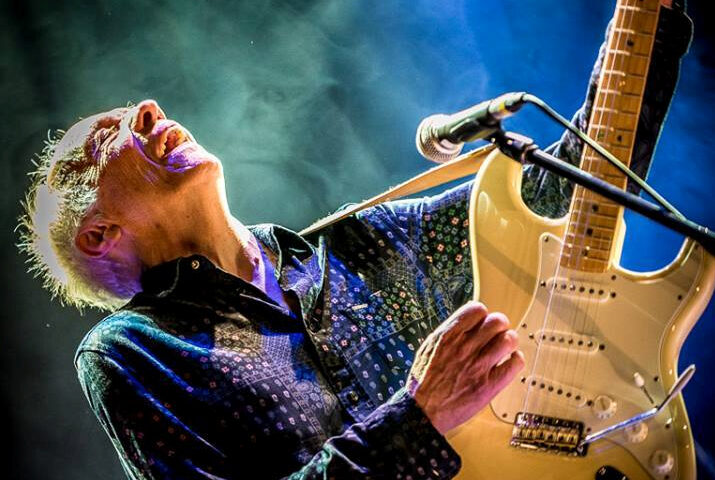 With the year 2020 creaking blessedly to a close, I wrote earlier this month that my Album-of-the-Year list is populated with the flat-out, raucous rock of Power Up from an unexpectedly resurgent AC/DC. But joining that album is a release that is equally significant, one that delves into an entirely different genre of music.

Through the mid-1970s Robin Trower was one of the biggest stars in rock music, the guitarist selling out 20,000-seat arenas and even teaming with Jethro Tull to headline at Shea Stadium. To many followers of today’s so-called “classic rock” genre, those commercial glory days are right where they’d like Robin’s music to remain. 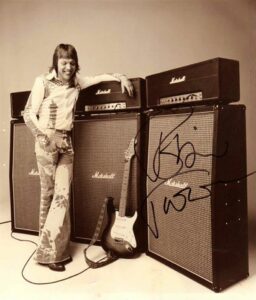 Robin Trower: Out of the high-profile lead guitarist post with Procol Harum in 1971, and into the world of 1970s arena rock stardom as a solo artist.

But while hallmark tracks like “Day of the Eagle” and “Bridge of Sighs” were awesome then and remain so now (true!), Trower is first and foremost a restless musician. While he’s created many top-flight solo releases under his own name while honing his vocal abilities – most recently on 2017’s Time and Emotion and 2019’s Coming Closer to the Day – Trower has also followed new paths, including production collaborations with Bryan Ferry on three albums. But, of course, it’s Trower’s astonishing instrumental skills that speak loudest. So advanced is Robin’s facility in current decades that he is easily one of my favorite players, and someone I’ve driven halfway across the country – literally – to see play a single gig. 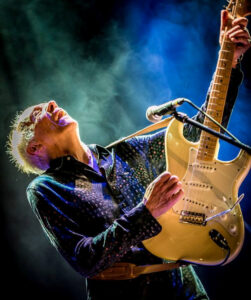 Robin Trower onstage in London in 2016, photographed by Laurence Harvey.

As 2020 comes to an end (hallelujah!) and people talk of the best music of a troubled year, I’d like to shine what light I have on an album that fully reflects Robin’s questing nature for new musical avenues to explore.

Over recent years, Trower has collaborated frequently with producer and bassist Livingstone Brown. But when the duo made the move to incorporate reggae singer Maxi Priest into their alliance, it was a surprising move. Now, though, looking at the results of this unexpected union, it all makes perfect sense. When you consider not only Robin’s work with Bryan Ferry, but also his playing and production with the late Jack Bruce, it’s clear Trower’s creative pursuits range far and wide. The Trower/Priest/Brown project, titled United State of Mind, is striking. It’s full of modern, moody r&b and soul built on an aura of Marvin Gaye and Curtis Mayfield as a foundation. It boasts a restrained, urban sonic vibe that envelopes the listener in an unhurried pace, wrapped in Trower’s thick, hazy rhythm guitar, accents, and solos. The atmosphere of the music languidly unfolds, yielding a distinct, refined atmosphere. 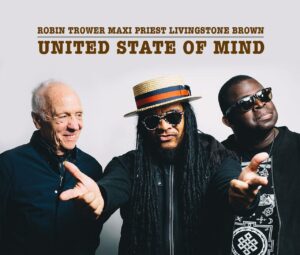 You can dig into United State of Mind via the following link, and I think you’ll find it to be well worth your while:

And before the new year arrives and we move any further away from our most recent major holiday, check out the Trower/Priest/Brown rendition of “Santa is Back in Town,” a cover of the old seasonal chestnut. No matter Christmas was last week – this song is brimming with Trower’s slinky, elastic leads in a slow blues setting that resonates deeply with the guitarist. Perhaps it was intended as just a bit of Christmas fun, but it’s also a snapshot of one of our most vital musicians fully in his element. 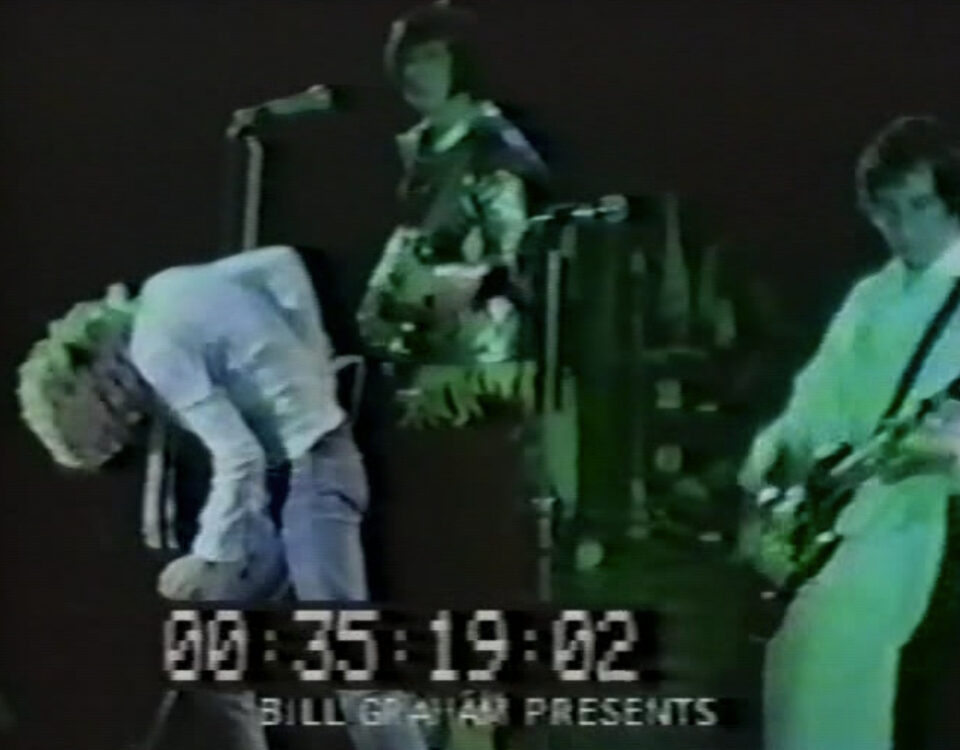